Off the Beaten Path: 4 Museums in Rome You Should Know

Without a doubt, the city of Rome is a living museum, welcoming all to gaze upon the architectural and artistic wonders of bygone eras.Â Below are fourÂ museums that take you away from the crowds and offer you another immersive experience of its history:

Opened in 1997, the Casa di GoetheÂ (Goethe House)Â honors the German writer, scientist, critic and artist; and more specifically, his time spent in Rome during his journey through Italy (1786-1788).

Located in the “very rooms” where Goethe stayed in Rome, the museum houses a permanent exhibition that include Goethe’s drawings, sculptures, as well as letters and texts. Â The permanent collection allows for visitors to enter into the daily life during that time period, especially through the lens of a foreigner living in Rome. Â The museum also offers access to its library by appointment.

Open Tues. to Sun. 10am – 6pm; Cost 5â‚¬ general admission, 3â‚¬ students, (free for children under 10). Guided tours offered by appt. (free for student groups); every Sunday, there is a free guided tour in Italian at 11am.

Image by Centrale Montemartini. “Statue of Pothos, the son of Aphrodite who personifies the nostalgia felt for someone who is far away, in front of the wall of the boiler room” (Click to visit their website)

Opened in 1997, the Centrale Montemartini is an extraordinary museum that was once the Giovanni Montemartini Thermoelectric Centre, the first public electricity plant in Rome.

The Musei Capitolini created this new museum space initially as a temporary exhibition space to excess works of art from the Museum of the Palazzo dei Conservatori, the Museo Nuovo and the Braccio Nuovo. Â They titled this exhibition “The machines and the gods”.

Luckily for us, by 2005 it was decided that collection would be permanent, and be a part of the larger cultural project for the Ostiense Marconi area.

Piazza di Spagna 26 (Next to The Spanish Steps)

The Keats-Shelley House, like the Casa di Goethe, is both a museum and a library. Â It is located in the house where John Keats (1795-1821) lived and subsequently died just three months after his arrival. Â On display are paintings, manuscripts, sculpture, memorabilia, as well as the death mask of the writer.

The museum was acquired in 1906 by the Keats-Shelley Memorial Association to honor the works of both John Keats and Percy Shelley as well as the other Romantic writers (Lord Byron, Mary Shelley, Leigh Hunt, Axel Munthe, John Polidori). In fact, the library is stated to house “one of th finest reference libraries of Romantic literature in the world.” 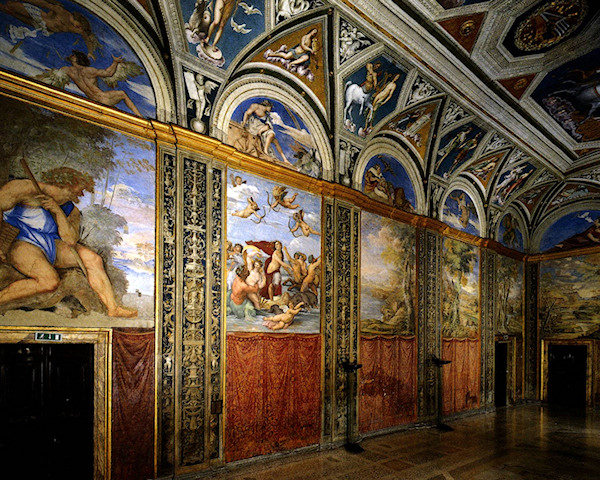 Last, but certainly not least, is the Villa Farnesina. Â Built in the 16th century, the museum was the home ofÂ Agostino Chigi, a Banker from Siena. Â Its name, however, honors the memory of the Farnese family who eventually became its owners after the death of Chigi.

The entire structure is noteworthy, however, the Loggia of Cupid and Psyche, frescoed by Raphael is absolutely breathtaking. Raphael was not the only master artist to contribute to the interior of the Villa, but also Sebastiano del Piombo, Giovanni Antonio Bazzi (Sodoma) and Baldassare Peruzzi (its architect).

*Every 2nd Sunday of the month, a guided tour with music is offered for 12â‚¬.

Look out for posts every Wednesday & Saturday!

Visit MindtheGuide.Com for our latests Tours!

Gelato. Â  It’s the one Italian word I made sure I knew how to pronounce properly before my first visit to Rome. When I arrived I chucked my suitcase...

Last fall, we featured one of our tour locations as a blog post: the Baths of Caracalla. Â Perhaps not has popular as the Colosseum, Roman Forum or Vatican,...